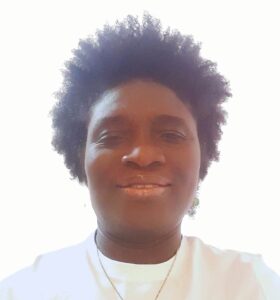 “Sometimes I like to jump into the unknown without even thinking. It can be exciting,” says Ewure Esi Ansa-Otu. And when she got an invitation to be a member of Lambeth Council’s Climate Assembly in April 2021, she did just that.

“I had heard of climate change, but I didn’t really know much about it. So, I thought ‘why not?’ The programme was due to start in May 2021 and I thought it would be something different to break the COVID-19-restricted routine.”

Over the course of ten online sessions Ewure Esi and the other delegates heard evidence from professionals, academicians, community groups, non-governmental agencies, businesses, and youth groups. The speakers talked about what is being done, and how much more should be done, to fight climate change. That group included Repowering London CEO Afsheen Kabir-Rashid, who spoke about how we are empowering communities to build and fund their low-carbon projects.

The Assembly members then discussed the issues together, considered them independently, and produced a set of recommendations. These shaped the Borough’s first Climate Action Plan (CAP).

Another product of the Assembly, as Ewure Esi puts it, was “a massive transformation” for her. She went in with some basic understanding of climate change and how humans had an impact on the Earth’s temperatures. The Assembly sessions put meat on these bones: “I got to know the details. For instance, how much we should be able to bring the temperatures back down and how to get things at the right place.”

She didn’t, however, take everything she was told at face value: “When Lambeth Council said it wanted to get to net-zero by 2030 I remember vividly that one of the questions I asked was whether that target was not too ambitious.” But, she says, one thing that made her feel more positive was hearing direct from organisations about what they are doing on the ground.

“What really struck me was how some organisations and NGOs operate on a massive level and are thinking big – for example about solar farms that will serve billions of people. But then there were those working in a single community, for instance installing solar panels on a rooftop. You could see how things came together, and how together they are all fighting for the same cause.”

What became clear, she says, is that it is important to have big organisations that work on a huge scale. “But, at the end of the day stopping climate change is a fight for all of us. Together we can also make the little contributions and find the little wins that we can make in our community.”

“Stopping climate change is a fight for all of us. Together we can find the little wins that we can make in our community”

By August, Ewure Esi “had become interested in everything to do with climate change” and applied to volunteer for Repowering London providing Community Support Services. She was in post by October and set out on a six-month education programme. This included training from National Energy Action on topics including fuel poverty, fuel debt and how to change energy-related behaviour. Ewure Esi also sat and passed the Level 2 Award in Fuel Debt Advice in the Community.

When she heard that Repowering London was looking for a Champion to support Lambeth Community Solar she applied straight away. She was in post by February. The whole thing has, she agrees, been a bit of a whirlwind: “it’s happened very quickly. One thing led to the other. May, Assembly; October, volunteering; February, Repowering London job.”

The volunteering training has made her feel confident to speak to her community about energy-related issues, she says. And she light-heartedly credits her volunteering role with “turning her into an artist,” thanks to an event that involved designing posters to do with utility savings. It saw her try her hand at drawing a running tap, which was so well-received it now takes centre-stage in one of the final designs. Now she is “learning a lot on the solar side”. For example, she is now promoting a roof-top challenge that asks people to help identify possible future solar sites.

Whatever the immediate task she is working on and its specific focus, Ewure Esi stresses that she wants to make sure that the larger issues that lie behind Repowering London’s work don’t get lost. “If I’m telling people where to get £5 fruit and veg [to help manage rising energy bills] my message should also be: why are we telling them this? Wherever we go, whatever we offer people, we should not forget to add the ultimate message – that we are doing all of this because of climate change.

“I’m saying this because not a lot of people know what is happening on the climate side of things. If I hadn’t been on the climate assembly I wouldn’t know as much as I do now. People like me, organisations like Repowering London, the Government … everybody needs to play their role.” 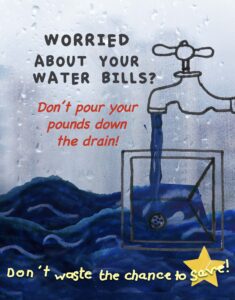 Find out more about Lambeth Community Solar and how you can support local solar power in Lambeth here. Want to start your journey as a Repowering London volunteer? See our current opportunities here.