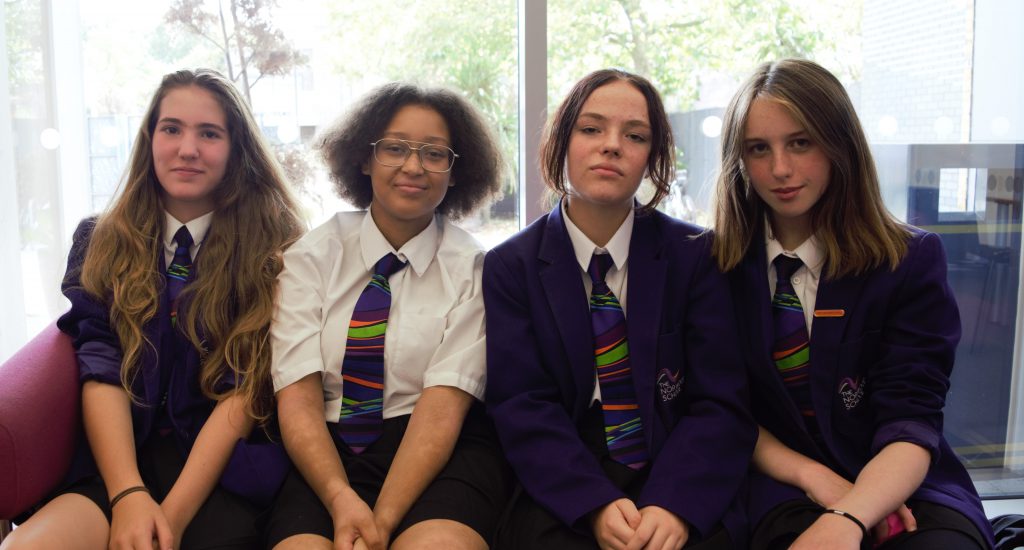 Repowering London is proud that one of its projects, Lambeth Community Solar, is focusing on schools and strongly support the engagement of the young people for their future. Students from The Norwood and The Elmgreen schools have been involved in the School Strike for Climate and the Extinction Rebellion movements. We had the chance to meet four young climate activists from the Norwood school who have created their own group, Students 4 Sustainable Futures.

Rosalia, Mia, Maya, and Rachel do their best to raise awareness about the climate crisis among their family, friends and classmates. They have set up Meat free Mondays and they’re doing everything they can to be more sustainable in their daily lives: eating vegan or vegetarian, doing a flight-free year in 2020, avoiding buying plastic and new clothes, and using public transport. The climate crisis worries them a lot and they believe it is something many young people have on the back of their mind.

“The importance of climate change is less of an opinion now, it is more of a fact”

It is not always easy however to convince their classmates and family to change, but their engagement has had a positive impact around them. For the students, older generations might underestimate the gravity of the climate crisis because they have already witnessed many critical events like economic crisis or war: “Some adults think that we will get over this because they’ve seen humans overcome other crisis like wars. But a problem like the climate crisis is something that has never happened before.”

The students are proud that their school is taking action by installing solar panels on their roofs:

“It shows that we are environmentally aware and educated”

“It sets an example to get other schools to step up their game to be sustainable”.

The four friends like the idea of the community financing this project ‘people see the money having an impact on the community is a way for them to be more responsible.’ They also mentioned the financial benefits to the schools: “Although it’s not the main priority, it will save the schools money, which means we could purchase more school materials, like better Arts equipment for example”.

Let’s show them that they have been heard and make a step towards fighting climate change.